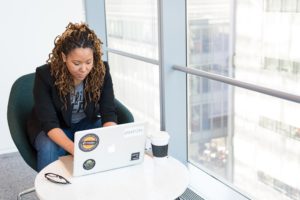 When considering sharing your own digital resources as OER, you might be sharing something you have created or identified as shareable from your own resources. Alternatively, you might have used and modified or ‘remixed’ an existing OER.

Remixing is an important concept in both OER and OEP. It relates not only to what is sometimes called ‘localisation’ including minor changes such as references to the country or subject in which it is being used, but to broader changes such as adaptation for cultural differences, disciplinary differences or pedagogical distinctions which are important in your teaching. Remixing might involve adding annotations to an existing resource, combining existing resources in a new structure, rebuilding a course through reorganisation of OER, or even blending open textbooks. Keep in mind also that students could be remixing – this might form the basis of a collaborative activity as part of your teaching.

Please note that this section deals with remixing OER in general. You can refer to the later section Adapting/creating open textbooks for issues specific to textbooks.

Previous
2.5 References & Resources for Using OER
Next
3.2 License your OER

Name and email are optional fields. Your email address will not be publicly visible. Additionally, you can give feedback privately via email to open@teachingandlearning.ie.